The World in London 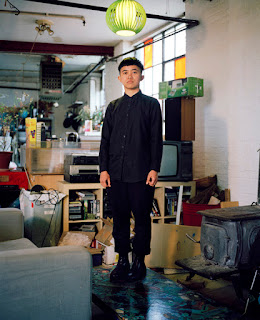 Tigana Sari by Kate Elliott - The World in London
http://www.theworldinlondon.org.uk/#ina

Yesterday saw the launch of The World in London, a major public art project initiated by The Photographers' Gallery. The portraits are exhibited as large-scale posters at two sites close to Olympic venues: on the external wall surrounding the BT London Live site in Victoria Park in East London, and across a city-block in Central London covering the façade of the new Park House development in Oxford Street.

For more details and to access some of the fascinating stories behind each of the portraits, check out the website. (There are approx 50 video interviews, 50 audio interviews, 50 written statements from sitters and 50 from photographers...) 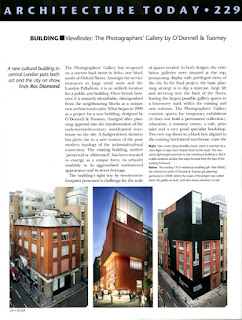 A recent article in Architecture Today about the reopening of The Photographers' Gallery, including my before and after photographs.
No comments:
Email ThisBlogThis!Share to TwitterShare to FacebookShare to Pinterest