Creative Photography Course at the V&A

I was first approached by the V&A back in the Summer, when they asked if I would be interested in running a six-week Creative Photography Course at the Museum. The course itinerary was left up to me, so I had the perfect excuse to while away some time at the Museum, thinking about what I would like to do. Although I had been to the V&A a number of times before, I hadn't ever had, or taken, the time to trawl the seven and a half miles of corridor and look, in detail, at the photographs, paintings, sculptures and artifacts on display.

When I visited the History of Photography exhibition in Room 101, I was fascinated by the photographs of the Museum taken by Charles Thurston Thompson and Isabel Cowper. To give some background, in 1856 Sir Henry Cole, the first director of the V&A (then the South Kensington Museum) appointed his brother-in-law Charles Thurston Thompson as a Museum Photographer. He understood how photography could extend the reach of the Museum and, with this, the first museum photographic service was born.

Thurston Thompson was supported by non-commissioned military officers of the Royal Engineers, whom he trained in photography. When he died suddenly, his sister, Isabel Agnes Cowper, took over his post (probably the first woman to hold such a role).

Museum photographers captured the permanent collection and temporary exhibitions, recorded the condition of artworks and travelled abroad to document art and architecture. They also photographed the construction and expansion of the Museum. Their images provide a valuable insight into the development of the 19th-century Museum and have since become works of art in their own right. 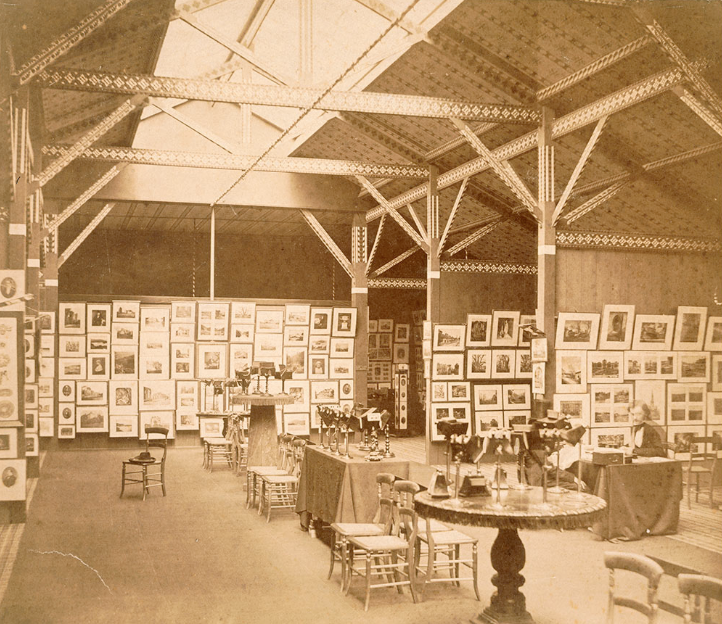 Charles Thurston Thompson, 'Exhibition of the Photographic Society of London and the Société française de photographie at the South Kensington Museum, 1858' © Victoria and Albert Museum, London 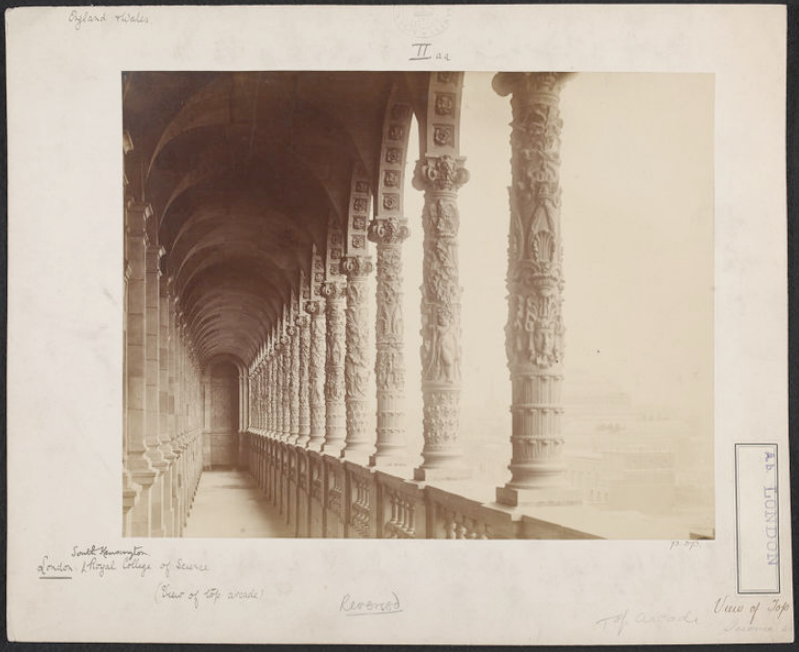 When it came to putting together a plan for the course, I felt that I wanted to do something that would explore, and reference, the rich history of the Museum, and something that would live beyond the duration of the course itself. I decided to use the work of the originial Museum Photographers as a starting point (more to follow soon...)

The Exhibition Photography as Installation opened on Tuesday 7 October, at Oxford House in Bethnal Green. Included in the exhibition is a video piece of mine from the ongoing project The Study of Peter Pan 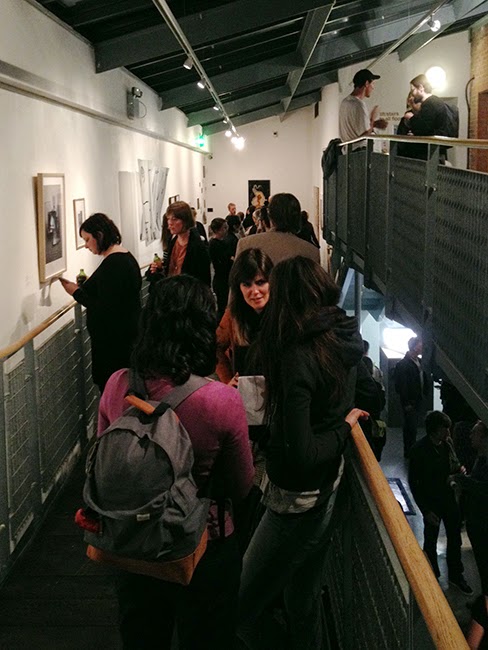 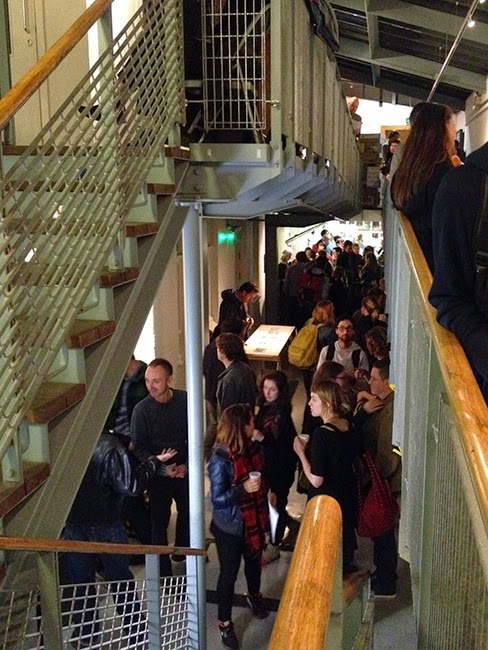 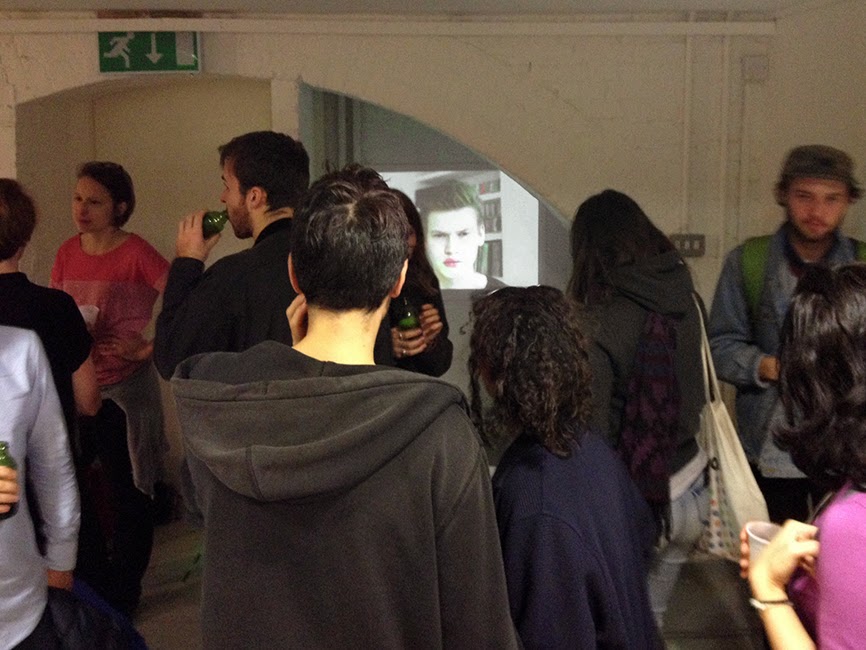 
During an exhibition event on Saturday 11 October, we had a series of artist talks by myself, Michael Rodgers, Peter Ainsworth, Teresa Eng, Richard Kolker and Minna Pöllänen 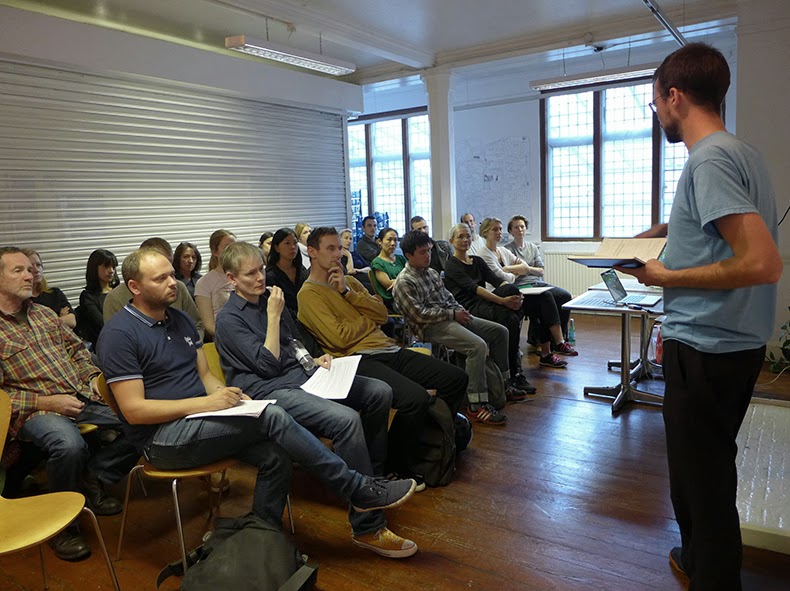 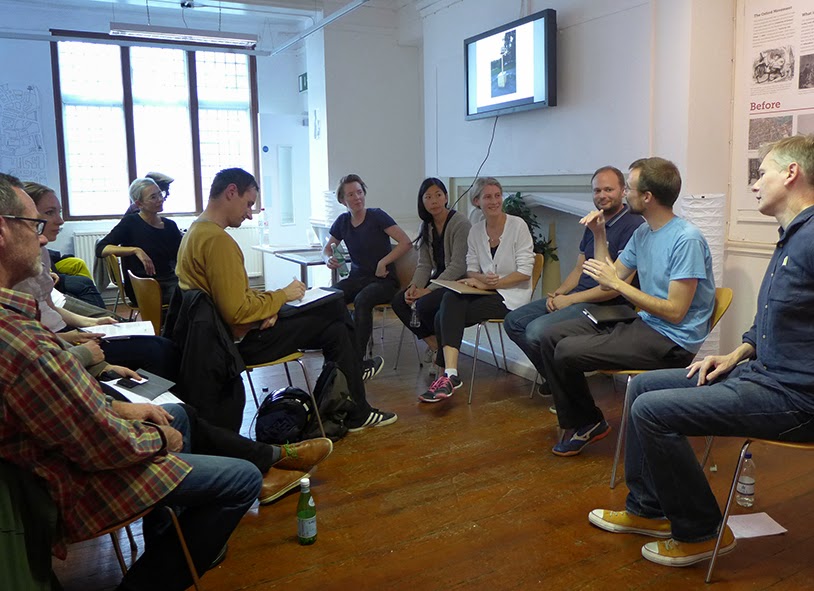 Photography as Installation is an exhibition featuring work by LCC MA Photography Alumni at Oxford House in Bethnal Green. Over the last 16 years, the MA Photography course has seen a significant shift towards installations and performativity in 2D, 3D and 4D. This development, in addition to a focus on the materiality of surface, will throw new light on what photography is today. 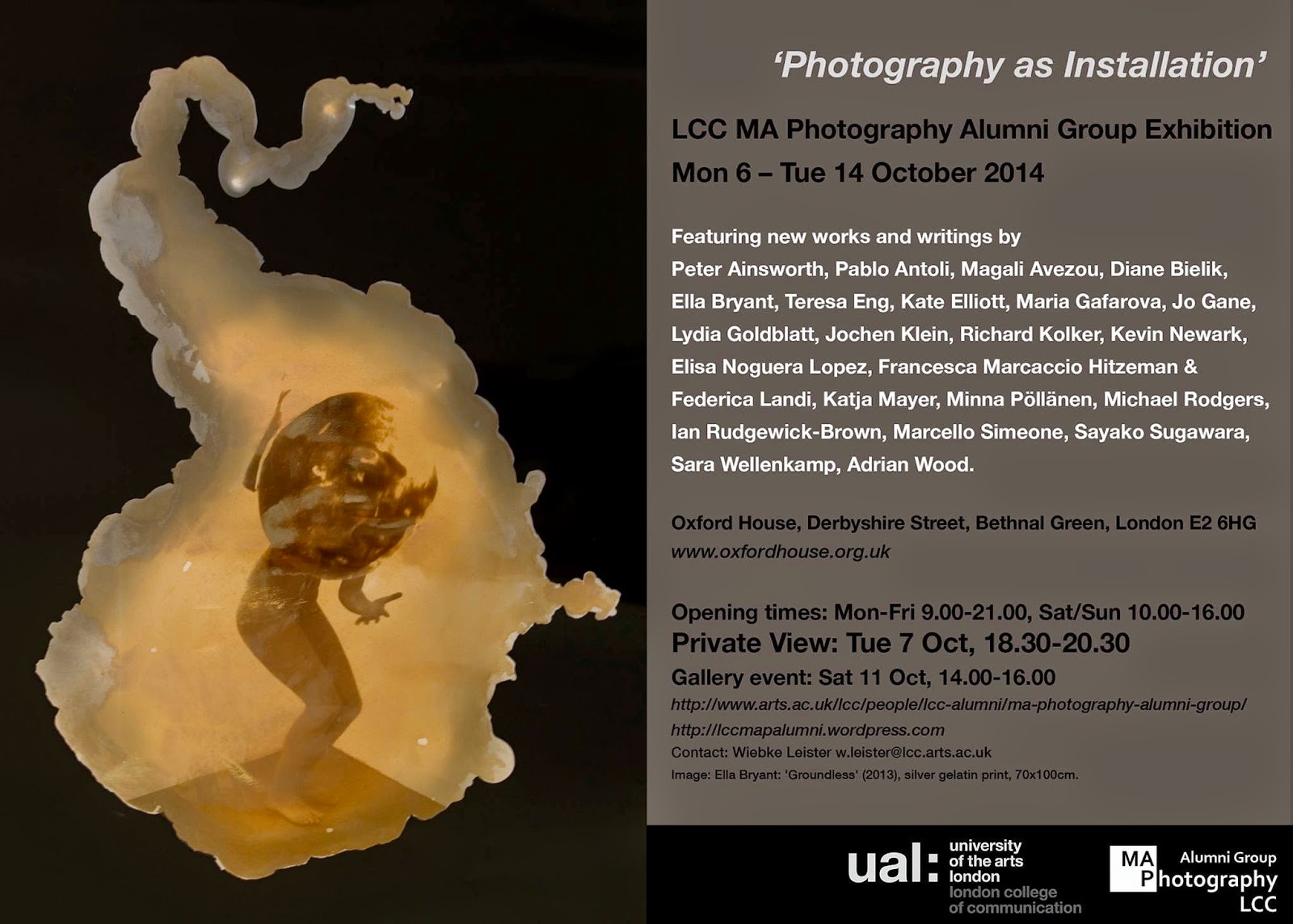