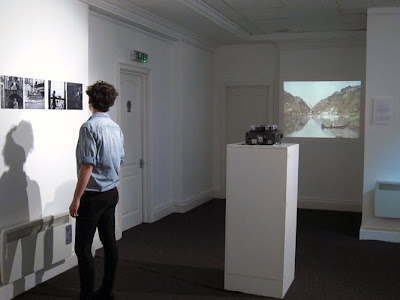 Kate Elliott - The Siblings, and The Outing
from the series Time stands still when I think of you 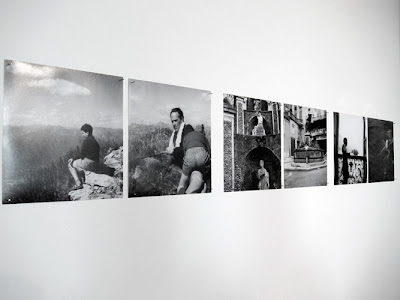 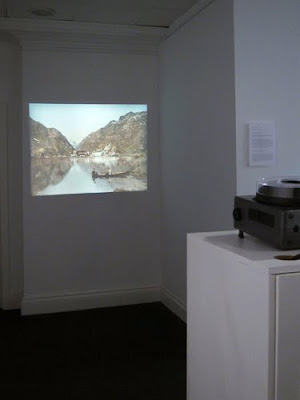 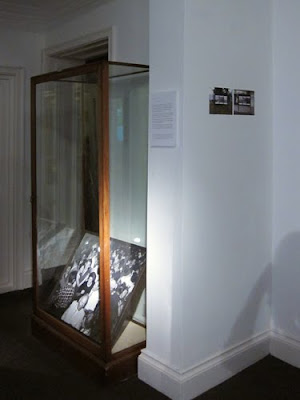 Kate Elliott - The Dance, and The Girl and The Boy (documentation)
from the series Time stands still when I think of you 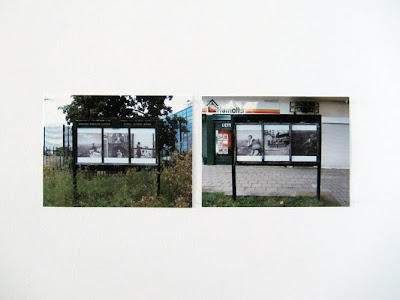 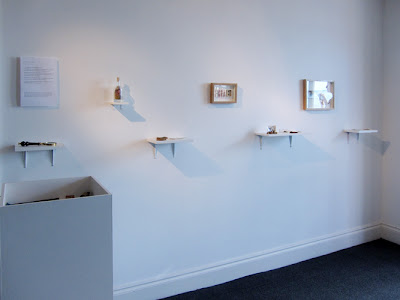 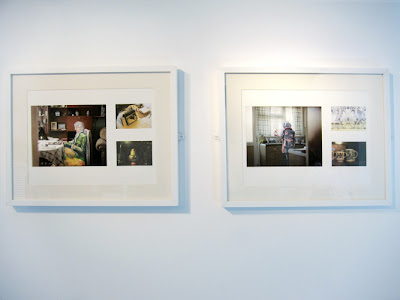 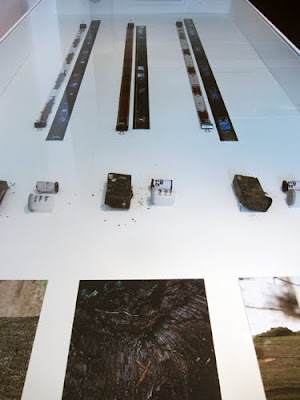 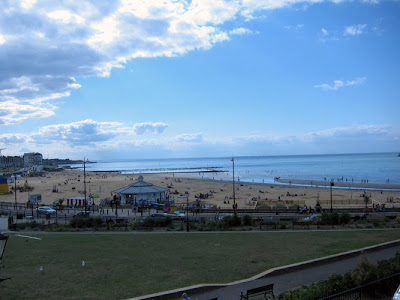 The view from HKD Marine Studios by day 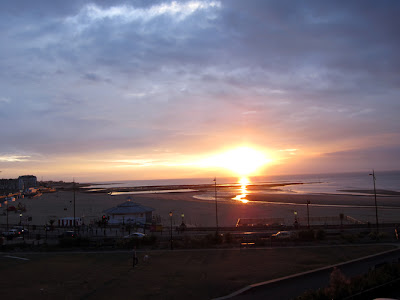 The view from HKD Marine Studios by sunset

For further details about the exhibition and festival please click here

The Girl and The Boy

At 6am on 12th August two series of images, The Girl and The Boy, were posted onto two disused Hackney notice boards about half a mile apart from one another. They show two narratives, separate from one another yet intertwined. Children at play, absorbed in their own world of dreams and fantasy. 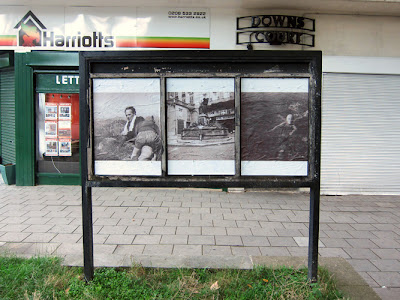 The Girl at Hackney Downs Junction 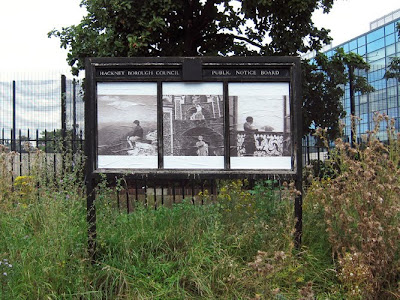 The Boy on Cecilia Road, Dalston


On the afternoon of 12th August these two narratives came together in the seaside town of Margate, to form The Siblings. Displayed as three diptychs the relationship between the girl and the boy changes, familial connections forming, and the act of child play overlapping.

Across eight unique venues, from an old substation to a gallery at the end of Margate pier, an international array of established and emerging artists will exhibit their responses to the theme ‘organic’.

The line-up includes:
Martin Parr: 12 photographs by the celebrated photographer Martin Parr.
Heather Barnett: expanding on the artist’s recent “Physarum Experiments” the interactive installation will get the audience to draw using ‘slime food’. A camera will record as the slime mould, a micro-organism, grows along ‘slime food’ paths with its progress over the weekend being made into a short video for the MPF website.
Ed Thompson: Shortlisted for the recent Magnum Photographic Prize, Thompson will be exhibiting ‘Transition Town’. The work explores how a community-led charity is having significant effects on how the town of Totnes is being run.
A Space Between: Curated by Sepake Angiama and Loren Hansi Momodu the series of images will explore changes in photography in reference to Margate’s own state of transition.
The Trace: This show aims to broaden the definition of what constitutes art photography. The space includes works by David Blackmore, who records the burial of a disposable camera with the aim of one day retrieving it and Kate Elliott who will present a project derived from a family archive that was discovered in a skip in Belsize Park.
Peter Kennard: Following the recent publication of @Earth (Tate Publishing) the artist will exhibit a new installation consisting of books hanging from the ceiling and a large scale projection to explore the value of the political artist within photography.
Wandering Bears: The exhibition will be composed of ‘everyday’ snapshots. Wandering Bears eloquently demonstrate how to mount a photography exhibition using everyday snapshots which were emailed to them through an ‘open submission’ selection process.
Various Points: The photobook is now seen by many as an art form in itself. Various Points will be curating an exhibition of books composed from entries to the Margate Photofest 2 Photobook Competition alongside Various Points publications.
Broad Vision: The project brings together researchers from various different disciplines: The Photographic Arts, Imaging Science, Illustration, Computer Science, Psychology and Biomedical Sciences, to explore and interpret microscopic worlds.
Future Youth Project (FYP): Work will be shown from the charity’s recent trip to visit orphanages in the Ukraine. The mini-bus they took to the Ukraine will be converted into a gallery in order to display the images.
PLUS
Talks by Lomography expert Kevin Meredith, browsing and purchase stands from Hotshoe and Photoworks magazines and more.
No comments:
Email ThisBlogThis!Share to TwitterShare to FacebookShare to Pinterest

Exhibition and Charity Auction: For Japan 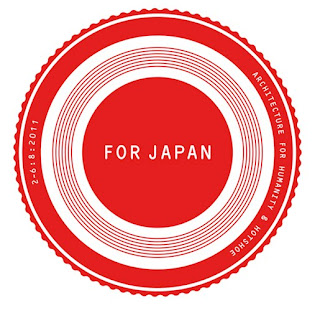 Architecture for Humanity London and Hotshoe Gallery are hosting a charity print auction of photographs to raise funds for the long term reconstruction of the tsunami devastated north east region of Japan. The photographs were submitted through an open call. The brief was to evoke and celebrate Japanese culture. The response was overwhelming with entries from both established and emerging photographers from all over the world, 100 photographs were selected. They will be on show from 2nd August and will go up for auction on 5th August at Hotshoe Gallery between 6pm-8pm. All the photographs are Lamda C-type prints on Fuji Crystal Archive paper. They all come framed and are 30×40cm . The starting donation is £50.

There will be a chance to bid on the pictures during the course of the exhibition so some may fetch a higher end price. The proceeds will go directly to the Architecture for Humanity project office in Sendai.

Architecture for Humanity, a non profit organisation which offers building and design support in response to humanitarian and emergency needs, is working on the ground in Sendai on a number of projects including an orphanage, an art and music therapy centre, an ‘urban acupuncture’ initiative to help get small businesses back on their feet to kick start economic recovery on a local level, a small scale fishing village reconstruction (rebuilding along the coastline is not included in the Japanese government’s 10 year plan). The operation is being headed by a team of top Japanese architects and overseen by the charity’s founder, Cameron Sinclair. www.architecureforhumanity.org.